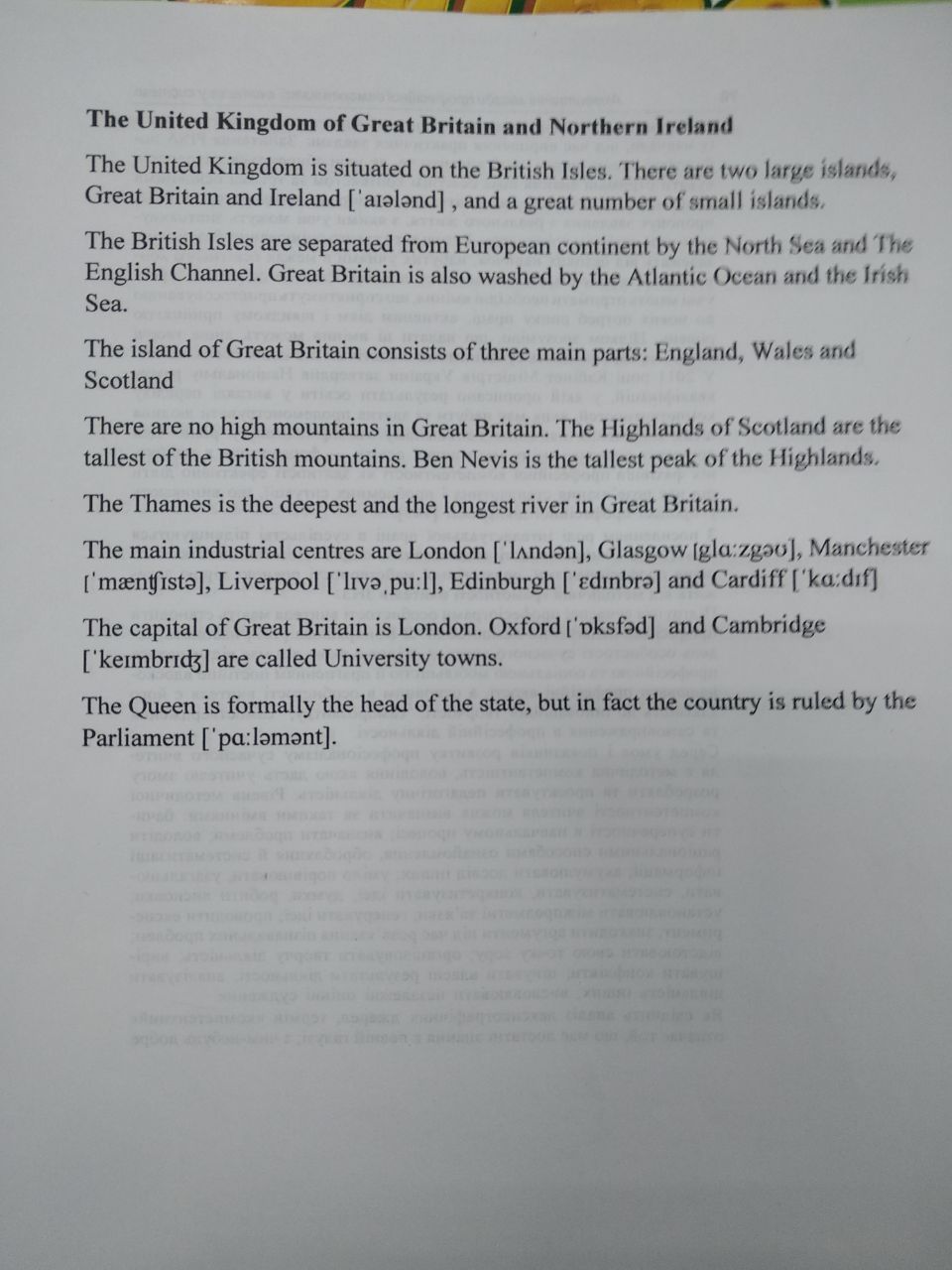 England, Wales and Scotland occupy the territory of Great Britain and Northern Ireland is situated in the northern part of Ireland. The capital of the United Kingdom is London.

The surface of the United Kingdom varies greatly. The northern and the western parts of the country are mountainous and are called the Highlands. All the rest is a vast plain which is called the Lowlands. The mountains are not very high. The rivers are not very long. The most important of them are the Severn and the Thames. There are many beautiful lakes in the mountainous part of the country.
The mountains, the Atlantic Ocean and the warm waters of the Gulf Stream influence the climate of GreatBritain. It is mild the whole year round. Winters are not cold and summers are not hot.

The Queen is formally the head of state but in fact is ruled by Prime Minister and Parilament.